Listen closely to Aoidos' voice while she whispers in your ear. 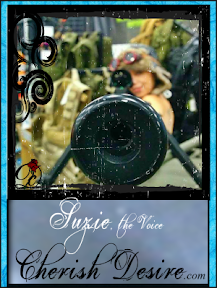 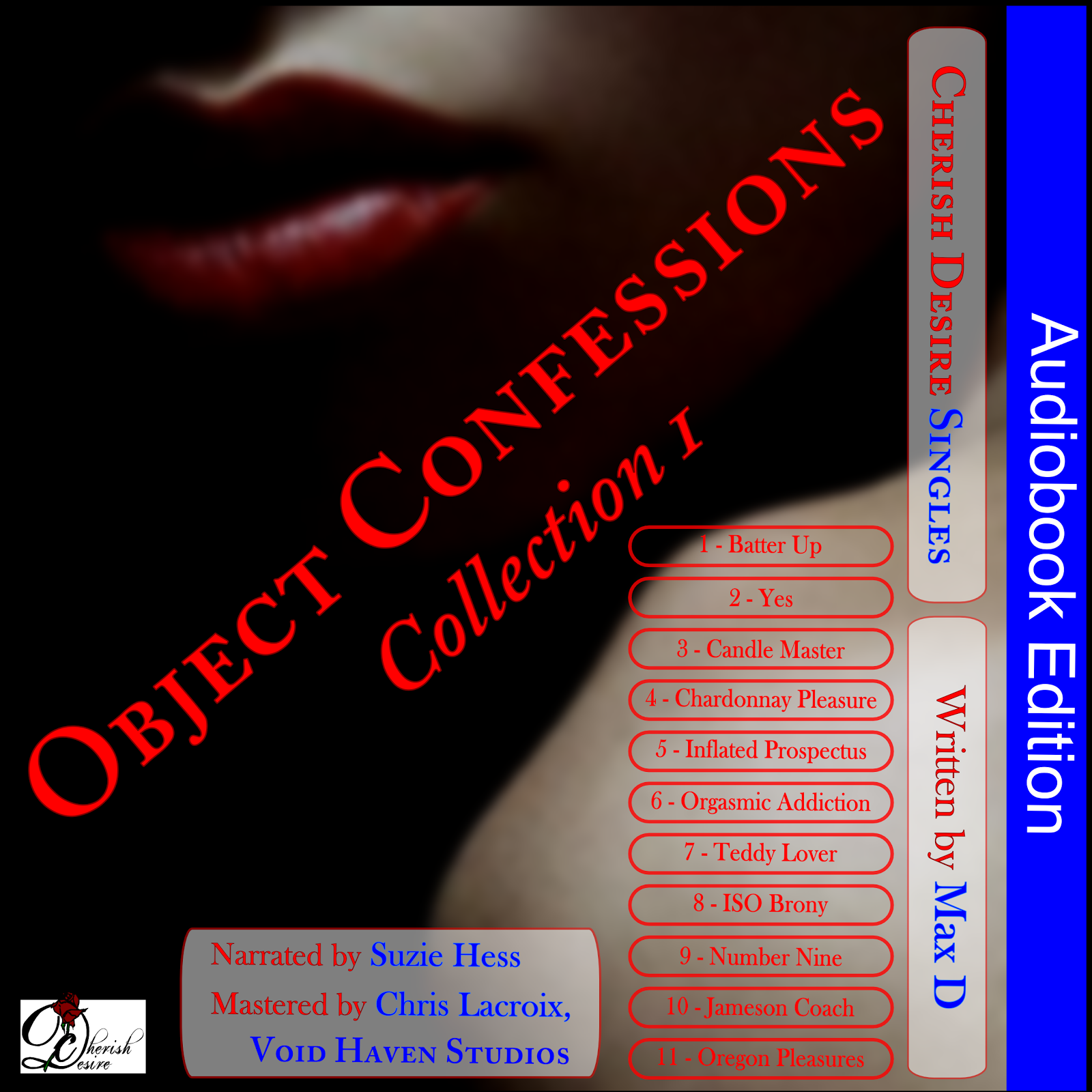 Get seduced by a free audio release whispered in your ear. Stream or download the MP3 of "Object Confessions 4: Chardonnay Pleasure" from SoundCloud.

"Aoidos' voice," she said quietly while sounding out the syllables. I was already looking that up while she felt out the soft rhythms of the consonants on her tongue. Her kitties were in the living room with her. Sephie was fussing about while Azzie was curled up in a spot in the sun. They seemed to nod in unasked agreement and go back to their inscrutable feline secrets.

This is Suzie's narration persona. The flow of her soft sexy voice that runs fingers through your chest hair and then, with a slow laugh, bites your lip while muttering, "Fuck." She fears nothing. She invites you to strip naked, bare yourself, and hope that her whispering breath takes your virginity. You can picture her looking down from a oracular temple, coaxing the waves of the sea to roughly pound into the rocky shore with a lover's savage desires, and grinning the entire time.

Suzie has been told for years that she has the sexy growl and tender tones of Eros. In the deep Abyss you can imagine her taunting Chaos as her voice drifts along with dark ambient rhythms within her witchhouse music project, Apollyon's Visage. But in person, it's striking how passions flow through her and carve their place in the world with a rough edged blade. She's cussing like a sailor outside of The Pawn Shop while casually sucking down a cigarette after we meet up to review master releases. She's exploring string theory in excited bursts with some friends at a bakery in Edmonton while eyeing some tasty looking cupcakes. She's flipping pages and exclaiming in pleasure while skimming interview transcripts about the upcoming movie project for "In the Mountains of Madness." Passion courses through her like a temptuous sea, swirling currents threatening to drown while foaming whitecaps seem so calm from a distance, and up close you are constantly drawn into the churn and swirl of their hungers.


A dedicated savant of emotions and pleasures, she's the master of books and tomes. She enjoys the macabre, curls up with Lovecraft and Guillermo del Toro, and voraciously consumes the written word and illustrated page. Her eyes light up when you place something new in front of her, and friendships have ended over recommendations for unintelligible pulp like "Twilight" and "Fifty Shades of Grey." Literature, music, and cinema are serious things. Important pieces of a puzzle that Suzie assembles. Every word, every page, every cover, every sound, and every image becomes a shape, colour, and form that is locked away in the unending stacks within her memories.


There was always a risk that Object Confessions would be too dark, too harsh, too stylistic, and too twisted for Suzie's tastes. But West Canadians pride themselves on their rich fetishes and open sexuality. The first demo recordings were inspired, and the texture of Aoidos' voice wove a tapestry of elicit sex and moaning pleasure that tickled jaded ears and dared innocence to flee. Then it was on. The grueling schedule of narrating consumed hours of time, and the regular demos included outtakes that transformed every overly lengthy sentence to an injury blackened with dragon flame.


She smiles, extremely pleased with her Dr. Who TARDIS toque, and shares a self-satsfied wink. "Yeah, I knew it would be sexy as hell," Suzie replies while stroking Sephie's head. Her kitty is curled up in her lap for warm cuddles. "But you totally ruined baseball bats, candles, and, well, lots of things for Chris." Brushing back her blue hair, she's resting up. After all, there's so much a talented voice can do!